On January 3rd, 2020, the Wi-Fi Alliance introduced a new term, Wi-Fi 6E. It comes after the FCC’s comments, at Mobile World Congress, making spectrum available for Wi-Fi in the 6 GHz spectrum. The E stands for Extended – bringing 6 GHz into Wi-Fi 6.

That is the difference between Wi-Fi 6 and Wi-Fi 6E.

Wi-Fi 6 is the latest protocol improvement and marketing name of 802.11ax. It operates in the 2.4 GHz and 5 GHz spectrum.

Bringing 6 GHz to Wi-Fi is not a done deal. The FCC continues to talk with major incumbents currently occupying 6 GHz for licensing purposes such as public safety, utilities, and others. AT&T is concerned about potential interference to their equipment by unlicensed devices.

Organizations banded together and have written letters to the FCC, including Facebook, on the innovation potential of 6 GHz, if unlicensed.

“The 6 GHz band is going to be tremendous,” says FCC Chairman Ajit Pai, supporting the release of 6 GHz for unlicensed use.

Wi-Fi currently operates at 2.4 GHz and 5 GHz. It’s a finite resource for unlicensed use. Unlocking 6 GHz for unlicensed Wi-Fi will bring immense value and performance potential.

The Wi-Fi industry is limited to the currently available spectrum. In areas of high density and the need for higher capacity, we are unable to use wider channel widths to realize the increase in bandwidth.

By utilizing 6 GHz, access points and devices will be on a newer frequency less occupied by the noise of today’s and yesterday’s devices.

If the plans to open up 6 GHz come through, we will see double the amount of available spectrum, 1200 MHz.

Most notably, using 80 MHz and 160 MHz channel widths will bring a tremendous increase in Wi-Fi performance.

We’re only able to use two non-overlapping channels at 160 MHz wide.

The potential improvement is significant. But it will require new hardware for access points, laptops, mobile phones, and tablets.

It is still unknown if and when 6 GHz arrives for unlicensed Wi-Fi use. Major vendors are beginning to do internal lab testing. But no announcements have been made yet.

A firmware upgrade will not be possible to enable 6 GHz on the current Wi-Fi infrastructure. The update will most likely require a hardware refresh unless the access point came with a 6 GHz chipset.

Before making any plans to upgrade to 6 GHz-capable devices, I recommend testing a few units out. Remember, during laptop or device testing, the access point must also have a 6 GHz chipset to check full compatibility.

For now, we will need to wait for the FCC to open up 6 GHz to the masses for unlicensed use, which could be 1-3 years away. 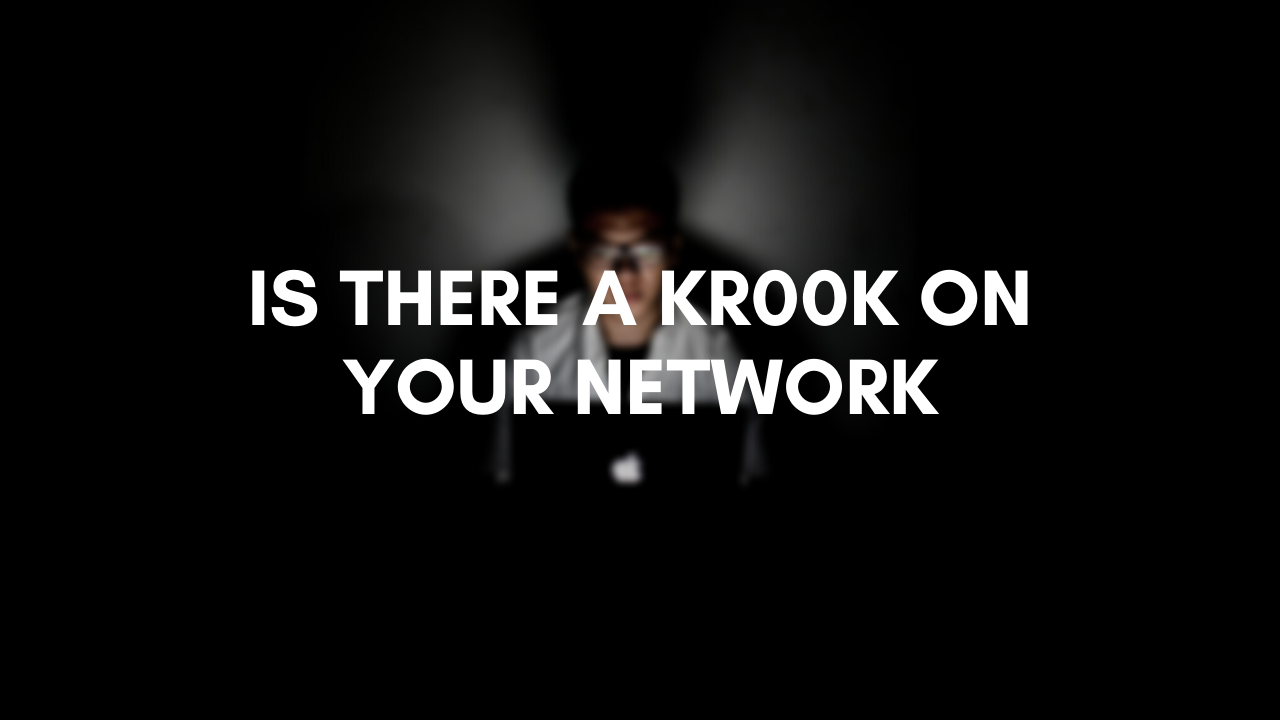 Is There a Kr00k On Your Network?