An Overview of inSSIDer

If you are in need of planning or troubleshooting wifi but you’re on a budget, then inSSIDer by Metageek may be a good start for you. inSSIDer is a tool used to show you what your wireless environment looks like.

When you open inSSIDer, and depending on whether you organized the main pane via Radio or ESSID, you will be presented with a list. When organized by Radio you get a number of columns:

Selecting Radio is great if there is usually one access point. If you see two channels listed under the Channel column, e.x. 36+40, it means that wireless network is channel bonding to utilize two 20 MHz channels to form a single 40 MHz channel for increased bandwidth.

Select ESSID and the list of wireless networks will be organized by the SSID name. This is useful if there are multiple access points broadcasting the same SSID. You get the same columns but in addition there is a BSSID count which will tell you how many radios are seen for a particular SSID.

On the first column, under Radio or ESSID, you may see a chain link icon. That shows what SSID your laptop is associated with.

Icon indicates you are connected to that wireless network.

Under the Radio grouping, let’s select an SSID to bring up additional information.

If you look closely, any SSID you select will be indicated by the color blue. Anything yellow or green are SSIDs that are sharing the same channel as the selected SSID. Any SSID with a red indication is an overlapping channel.

Color codes are on the left of your selection.

As you can see, you are presented with some details about your interference, what the strongest signal received is and what SSID is being propagated. There is also a useful graph to compare the signal strength visually.

When you have ESSID selected as the grouping method and you select an SSID you will be given information on the radios propagating the SSID. As you can see on my network, I have a radio on 2.4GHz and one on 5GHz. The same graph is displayed below this information.

What I find very useful in planning and somewhat in troubleshooting are the 2.4 GHz and 5 GHz graphs at the bottom of the window. Each SSID is clearly seen and what channel is utilized when no SSID is selected from the list. The graphs display each SSID with the channel used and their signal strength.

My 2.4 GHz spectrum is very busy while the 5 GHz spectrum appears to be much cleaner. I should prefer to connect to 5 GHz as much as possible.

When you select an SSID from the list, it will change the display of the graphs. Your selected SSID will appear in blue. Co-channel interference will be yellow or green.

Lastly, you may have noticed that each SSID has a flat top. That is an indication of an a/g/n wireless network. God forbid you see any wireless b networks they would have a curved top.

For added flexibility, you can filter out the Radio/ESSID list by adding your criteria. In this screenshot, I opted to view all SSIDs on Channel 1. My list was shortened dramatically. Channel 6 may be a better choice but not until looking at signal strength of each SSID.

All options for filtering include:

inSSIDer is an inexpensive tool if you want to get serious about wifi. It makes the invisible clearly visible for planning and troubleshooting. In comparison to other tools such as Chanalyzer, inSSIDer would be the little brother.

In any case, if you aren’t using a tool to make decisions based on facts then I highly recommend you purchase inSSIDer.

What wireless tools are you using? 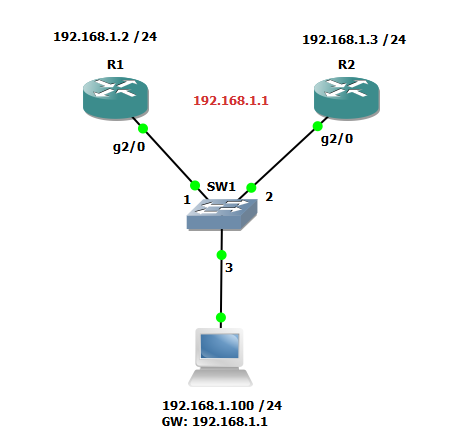 How To Configure HSRP